So it’s fair to say that I’ve been a bit quiet on the blogging front since the first lockdown began. I’ve seen so many creatives posting about how well they are doing, how they are learning new skills, writing their opuses, etc… and frankly, it puts unfair pressure on those of us who are just trying to not feel guilty about all the time we have procrastinated away n Lockdown. Don’t get me wrong, I’ve been writing tonnes… but bragging about it, I think, is unhelpful – there are days when I haven’t been motivated to do anything other than crack open the bottle of gin that’s been in my cupboard for two years, and get smashed whilst watching a box set.

Staring at my screen, wondering why my screenplay won’t write itself!

Creatives have been hit hard by this pandemic, whether an actor or a writer (and I have the pleasure to be both) the last 9 months has been catastrophic. Projects that were due to be made have been indefinitely delayed, work has dried up, government support for our industry has been poor (unless you are a big established privileged arts institution) and from a mental health perspective, things have been tough.

But I have achieved some things – I’ve been busy rewriting screenplays, creating new ones and doing all kinds of other things that I probably don’t give myself enough credit for. I’m also writing two new pilots (which I still haven’t started due to procrastination) and have helped give feedback to other writers and even written a short web-series for a young actress that wants to make something whilst locked down – not for money, but because I think it’s always great to try and help share some of the things I’ve learned. When she runs Hollywood, I know she won’t forget me – helping others may deliver some good karma down the line.

Don’t put pressure on yourselves – ignore stupid advice like ‘write every day’ and just be yourself. Try, fail, learn, fail again, it’s all good. The path to success is littered with failure, so be happy to fail more and if you want to binge watch a box-set, do it. As an actor and writer, this is valid [cough] research and keeps you in touch with what’s being made and commissioned.

But mostly, be kind to yourself – and don’t measure your success by comparing yourself to those people who only post their successes and positivity- I have had 55 rejections from screenplay competitions this year, where I know they haven’t even bothered to read the screenplay (in most cases) and that’s just to get the few successes I’ve had. I’m cool with that – and to help, I am going to celebrate my failures more with you.

So whether you are off to the gin cupboard or the laptop, enjoy the festive period, be kind to others, stay safe and give yourself some credit – because that’s all you can really ask of yourself. 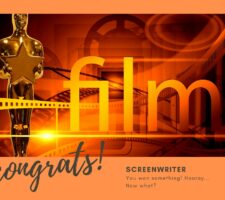 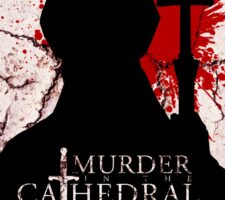 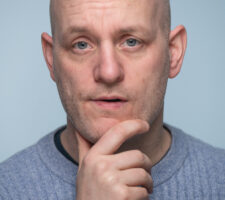