Who are you and what do you do?

Thanks for asking. I’m David J. Keogh.  I’m a half English, half-Irishman, I write screenplays for TV and film and theatre plays too (amongst other things) and do some acting.  I also work with institutions to help them train and develop their teams in teaching, recruiting and leadership.  But truly, Writing and Acting are my real loves.

I’m in my mid-late forties, have lived in Scotland, Wales and various places in England, Germany and Japan before finally settling (for now) near London.

I’m also married and have two boys, two cats and one dog.  I am currently unmedicated, fairly balanced and love Indian food, red wine, stout and good coffee (not at the same time).

So what do you write about then?

Whatever comes to mind! I have a head filled with voices, characters and ideas that sprawl around my brain constantly until they become coherent stories.  I’m fascinated by people, what motivates and drives them and how they strive to survive, often against the odds.  Sometimes they win, sometimes they lose.

It’s important for my characters to be as real as possible and reflect all the human foibles and heroics we all have inside of us.  You will also find a lot of my own experiences and traits scattered in among the characters.

I primarily write drama, comedy or dramedy for film, television or stage  – but I can turn my hand to most things with a bit of effort.  Each genre is different though and requires different skills.  Television is much more structured and a lot of the fun of writing this actually comes in the edits as you try and make all your ideas fit.

The genres differ in style too – when writing horror for example, you have to be aware of the various tropes that make horror work and write them in – I’ve never read a scary horror screenplay – they are made horrible by directors, actors, sound engineers, DOP’s etc…  Your job as a writer in this instance is to give them as many chances as you can to do what they do.

Character based drama is different in that it is based more on the dialogue and character relationships than anything else.  My one rule is that whatever genre I am writing, my characters will be diverse and as real as possible.  Some writers say it is impossible to write across genres, but I think that’s untrue.  It’s often good to specialize, but a good story is a good story and a great character is a great character, whatever genre they inhabit.

How many screenplays have you written?

Fifteen to twenty in the last five years.  I have a lot of stories to tell.  I have won awards now for the seven I have submitted for awards.

Do you write alone or collaboratively?

I don’t always write by myself – I often write other people’s ideas on their request and then work collaboratively to give them what they require. 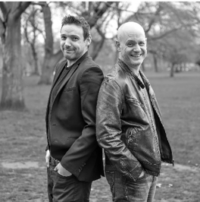 I also write plays – I have written four now, ‘Someone Like You’. ‘Welcome To ‘The Fringe’ and ‘Past Tents’ with the very talented Seth Jones.  Seth is always thinking about how the audience will respond, how the jokes will land best… his brain never stops and we seem to be able to create great things together, that audiences love. Our last play, ‘Past Tents’, got a lot of 5 star reviews.

Why are you a screenwriter?

I had a very disrupted and difficult childhood – an overbearing, abusive mother, a distant, emotionally unavailable father… so I always identified with loners and kids who felt like me – different, alienated.  I remember watching the T.V. series ‘The Incredible Hulk’ with the wonderful Bill Bixby as ‘David’ Banner – there was always a moment at the end of every episode where, with nothing more than a shoulder-bag and the clothes he was wearing, he would wander to yet another town in his endless search to find a place in the world where he could fit.  The melancholic theme music ‘A lonely Man’ by Joe Harnell, absolutely touched my soul.  It was my theme and it felt like this music understood me. I was David Banner.

So my writing comes out of loneliness and isolation… but also optimism and the hope that there can always be a happy ending – alas, I’m not always a great fan of delivering them (as you will know if you read my work) as life rarely wraps things up Hollywood style.

Writing is an escape for me.  A chance to live in the shoes of other people.  Sometimes they win, sometimes they lose, but they always live.  It is my purpose in life to tell their stories.

What was the first screenplay you wrote? 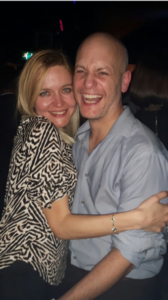 Cadeby.  But I was wracked with a lack of self-confidence (all writers know this feeling), so I gave up halfway through.  Then something amazing happened.  A year later, I let someone read it – my now wife, Ania.  She loved it and begged me to finish it. She seemed genuine and swore it wasn’t just because she felt sorry my probable lack of talent… so I finished it.

She loved it so much, I sent it for professional review… I paid a fortune to get it reviewed and the feedback came in… it wasn’t good.  My structure was all over the place, characters made odd decisions to move the plot on and some of the feedback was just plain mean-spirited.  But within that feedback (or coverage as we like to call it), was a core of feedback that was consistent.  So I did a rewrite, then sent it again for review.

This time, it was better, compared favourably to Braveheart in two separate reviews.  Could I be on to something?  I ironed out another few drafts, factoring in the new feedback and then took the brave decision to submit it to some screenplay competitions.  It started winning lots of them.  Then I realised, I might be quite good at this.

Do you prefer acting or writing?

They are two sides of the same coin.  I love both.  I will always do both.  It is what I was meant to be.

So this is me – a full time professional screenwriter and actor – making progress in my art and on the verge, I hope, of big things. Time will tell, but it’s the journey that counts in a good story, not necessarily the destination.