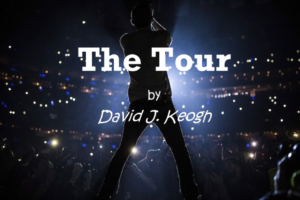 A tour of Los Angeles is going to be the making of the band, ‘Ross Parade’. But everything goes wrong as they make their way across America in a tour that will change their lives forever.

Olly is the lead singer in a flailing indie band called ‘Ross Parade’. He’s tired of doing rubbish gigs in crap locations. His partially deaf drummer, Cosmo and Bean (a none-too-clever bass player that has so little talent, it wouldn’t fit in a mosquito’s rucksack) tend to agree.

But they are good friends and that’s a bonus as it keeps them going in the face of adversity and helps them carry on, even when their arch-rivals, ‘Bad Boyz’ constantly seem to get the upper hand on them.

Caesar is literally the worst band manager on Earth. Preoccupied with running his failing chicken shop, and keeping his high-maintenance wife happy, he simply doesn’t have time to do things like book good gigs or pay the band what he owes them. But just when the boys tell him they want to move on, he surprises them with the announcement that they are headlining at the Greenfields Festival in Los Angeles.  Could this be the last chance for Ross Parade to hit the big time?

But things don’t go smoothly – the night before they travel, Bean, the bass-player is badly injured with his Dad in a freak DIY wardrobe-building accident, meaning a last-minute replacement is needed. Caesar has the answer, in the shape of Semtex – otherwise known as Terry Neil Talbot.

Despite being middle-aged, scruffy and a bit bad-tempered, this is Semtex’s dream. However, for Olly and Cosmo, it’s a nightmare. Forced to be in close proximation with him causes all kinds of stress and hilarity. They certainly don’t know that Caesar has asked Semtex to help the boys unwittingly smuggle $200,000 worth of MDMA into the USA. But hey, who cares about the detail anyway?

A laugh out loud road trip, with hilarious, often crude and unfortunate events occurring, wherever the band go. It’s a lewd crude comedy with a genuine warm heart. 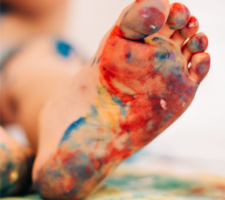 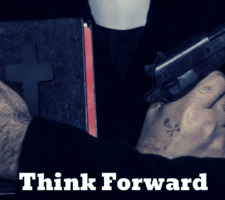 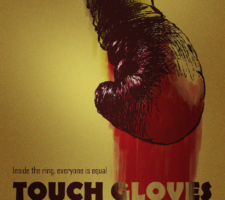