I often post when my writing or acting wins awards or gets praise… but what I never post is the amount of failure I achieve on the way to those successes.  For every film festival I enter, I don’t get selected for more than half of them.  In fact, I suspect that often they get so many entries, they don’t even bother to read them before they deselect them.

For every positive review of my acting, there’s someone looking at my acting profile on the internet, swiping past because I don’t look like the character they want.  You see, failure and rejection are part of being an artist. As an actor, I suffer daily rejection – to even get to an audition requires a small number of miracles to go in my favour, but I keep doing it because it only takes one audition in the right place at the right time, to change things.  I never leave an audition (on the rare chance I get one) hoping to get the role – what will be will be and pinning my hopes on something I have little control over is pointless.

Writing is the same – I enter a competition then forget about it.  Apart from constantly refreshing all my acting and writing sites for updates, I move on.  Every rejection makes me more determined.

One of my motivations (other than for the sheer joy of it) for writing, was to try and make sure that if I couldn’t find a way to get the roles I wanted, I would make a way. I have written nearly 20 screenplays and treatments, and all the ones I have finished have won awards… but that isn’t enough – around every corner is rejection and failure and hours of self-doubt and days where I worry that I’m not good enough.  Such is the lot of an artist, eh?

I have spoken to a lot of writers who cannot take rejection, so they don’t get their writing out there.  Every time I send a screenplay into a competition, I feel like I am planting a seed for the future – knowing that only one in a hundred seeds planted will grow – and even then, the chances of it growing into anything satisfying is small.  So why do I continue?

Well here’s the thing – you have to make yourself lucky – you have to keep pushing against the glass ceiling.  You never know when something you do may land in the right hands at the right time.  I sent one of my award-winning screenplays, Cadeby (about a small English village in 425AD defending itself from a Viking incursion), to Mel Gibson and Neil Marshall, two directors I felt could bring my vision to life.  I sent it to numerous locations and agents, hoping those two would read it, knowing it would probably end up in a bin before they even saw it.  It cost me a fortune – so why do it?  Well… what if they had?  What if they were waiting for something special to land in their laps on the day my screenplay landed on their desks?  One day I will meet them and give it to them in person.  Even then, they may reject it.  But they WILL read it and who knows where that will lead to.

Writers often tell me they won’t post their work out there – what if someone steals it?  Well if you don’t send it anywhere then nobody will even read it in the first place, so take the risk!

I don’t yet have a Screenwriting Agent to do this stuff for me – yet.  I send out my own emails, I use Inktip, ISA, Script Revolution, Film Freeway to get my work out there – I pay a fortune I don’t have to get my stuff read.  I put in the hours because I have to – it’s a bit pointless writing in the dark, in my view.  Most of my emails get ignored – I once sent 100 emails in one day to writing agents – it took 7 hours as I personally edited each one to make it specific to that agency – and got three replies – all rejections. But of course that’s all I got – these guy’s inboxes must be destroyed by emails like mine… but if I don’t send them then I have zero chance.  I will keep trying.

But here’s the thing – I know my writing is good because it has won a lot and received great feedback from people I trust – that isn’t arrogance as I’m sure that my writing isn’t perfect and everything can be improved (I only have to read my old screenplays to find things I would do better now) – but it did take me a long time to be confident enough to believe that what I did was good enough, and I am still filled with self-doubt on occasion.  I am still big enough to take feedback, humble enough to know that other people may be able to make me make my writing even better.  Feedback is a gift .

Recently, I speculatively wrote two pilots for a major production company – I had zero expectation they would ever go anywhere, because I like to keep my expectations low – but they liked both and there’s now a good chance that they might get made – could all the work suddenly start paying off?  All I can do is write, listen to the people who care about what I am writing and want me to succeed and keep going.  If it fails, nobody can say I didn’t give it my best.

Had I not written things that had been rejected numerous times, had I not taken blow after blow on the creative chin, I would never have got this opportunity.  So be brave, keep going – whatever your passion, give it all you have and don’t let the rejection beat you.  It’s part of the job!  Revel in it and move on!  To get one success, you need ninety-nine rejections.  Maybe nine hundred and ninety-nine.

I have to go now and redraft something… enough procrastination and blogging… back to the script and off I go again on the ever-turning wheel on which I roll.

Happy writing and don’t give up.  Love your failures and embrace those rejections! 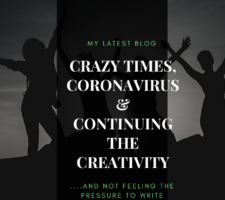 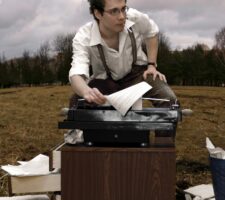 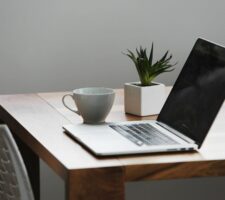 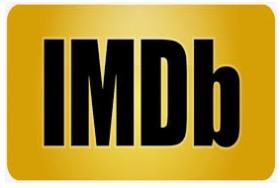